Pollen moves faster than climate change, but can it save our forests?

Large areas of the northern hemisphere are dominated by coniferous forests. Many of the species within these forests have vast ranges, encompassing remarkably diverse climates. Adaptation to local climates is common in conifers, despite high levels of gene flow due to wind dispersed pollen. The extent to which selection versus gene flow acts to create and establish population differentiation is not known in these species, but differences in pollination phenology could be a significant barrier to gene flow. While we know that not all populations release pollen or are receptive to pollen at the same time each year, we do not know the spatial patterns of pollination phenology that could create a barrier to gene flow. In my research, I hope to elucidate those patterns for the wind pollinated conifer lodgepole pine (Pinus contorta). 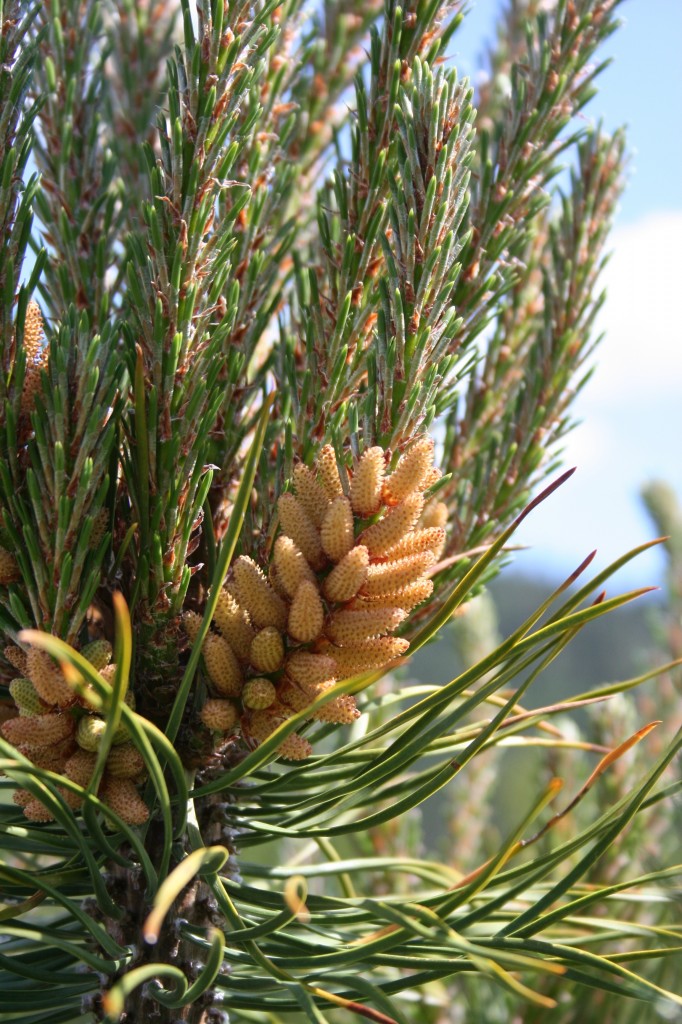 My goal is to determine how viable pollen movement and the timing of male and female reproductive events interact to structure potential gene flow in wind pollinated conifer species and to consider how this may affect local adaptation under climate change.

I’m focusing on lodgepole pine (Pinus contorta) because it shows local adaptation across its range, and several BC seed orchard managers have graciously provided data on reproductive phenology in the species.

Check out the AdapTree project and the Centre for Forest Conservation Genetics for context and other exciting research by the Aitken lab and collaborators.